I Am Not Okay 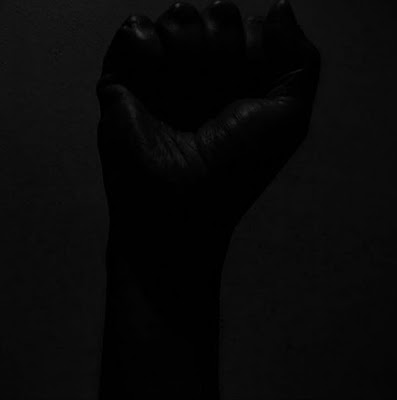 I am not okay.

As a black woman, mother, and physician during the era of COVID-19, to say I am tired and overwhelmed at the moment would be an understatement. In just the past two months alone, I (and so many others like myself) have had to navigate the many emotions involved with trying to understand the loss of so many black lives. Black lives lost by being shot by police while peacefully sleeping at home (Breonna Taylor), being shot by civilians while taking a daily morning jog (Ahmaud Arbery), not being able to breathe due to asphyxiation caused by an officer compressing an individual's neck with his knee (George Floyd), and lives lost due to the many racial health disparities that continue to plague this country (the thousands of black individuals who have died as a result of COVID-19).

The only way to truly understand the loss of these lives is to acknowledge the longstanding history of systemic racism within this country, and actively work to change the system. Unfortunately, I do not see this change occurring any time soon. What I see instead, are those who refuse to acknowledge their privilege, but are okay with the status quo, as long as it does not directly affect them. Individuals who are absolutely silent about the murders of black people, but are vocal about the looting and protests. Biased preliminary autopsy reports released to protect murderers and deflect from the victim's primary cause of death. Individuals who try to justify these murders by bringing up something the victim may have down in their earlier years (we all have a past) or by saying that these deaths could have been prevented if the victims simply acted a certain way. I see myself, fearful that I would have the same demise as Sandra Bland, a few weeks ago, when I was not only followed for 15 minutes by a police officer, but then pulled over and questioned about why I was driving in a certain neighborhood (I was going to visit my parents, and doing nothing wrong...hence the lack of finding a reason to give me a ticket). I also see people who don't believe that racism exists simply because they have not experienced it in their small bubble of a world.

I think what gets to me most though is the apathy, indifference, and ignorance displayed by some of my peers/colleagues. Being completely silent about these injustices speaks volumes to me. Focusing solely on the protests and riots while ignoring the root causes behind them tells me exactly where you stand. Saying you're not racist, but being quick to say things like "all lives matter" (which if were true, we wouldn't have to remind you that black lives are included in that too), "these people" (we know who you're referring to), or referring to those who are protesting as "thugs" shows me your thinly veiled racism. And if I'm being completely honest, asking me to explain to you why people are upset, highlights your privilege and shows me your lack of motivation to do the work and find out for yourself.

During this time, I worry that things will only get worse for people of color. That if a surge of COVID-19 cases occurs in the next few weeks (yes, we're still dealing with a pandemic!), Black Lives Matter protesters will be blamed and not the many people who decided to party it up for Memorial Day weekend (and let's not forget those who protested with rifles about being quarantined and having to wear a mask). I also worry that while some are trying to prove they are allies at the moment, in a few weeks they will forget about these events and go back to life as usual.

If you're wondering what emotion I feel the most right now, it is sadness. I am sad that no matter how many degrees, accomplishments, or accolades I have, I will always be judged first by the color of my skin. Sad that I have thoughts of being thankful that I am not raising a son during this time (I would be even more heartbroken), and even sadder for my five brothers and the other men in my family who will always have it worse than I do. I am sad that I have to have these painful conversations with my daughter who will likely grow up to raise a family and experience the same fears that I have now. Sad that I have little faith in a system designed to "protect and serve" and even sadder that I felt compelled to write this post.

So if you really care to know, I am not okay, haven't been (unfortunately events like the ones mentioned above are nothing new), and probably won't be for a long time. I am exhausted from constantly hiding my sadness behind a smile, exhausted from having to be pleasant in order to make others feel more comfortable (or else I get labeled as "aggressive" or an "angry black woman"...but that is a totally different topic), exhausted from dealing with individuals who smile in my face, but make it clear in other ways that I am not wanted, and exhausted, because even through all of the current turmoil, I still have to fulfill my duties as a physician even if that means caring for and saving the lives of those who hate me.

I think I'll leave it at that, but please respect my need to vent during this time. This post was not meant to be informational, but instead it was written as a way to somewhat help me process a very small amount of my inner thoughts. It's just all a bit too much to deal with right now.

“To be a Negro in this country and to be relatively conscious is to be in a rage almost all the time. ” - James Baldwin