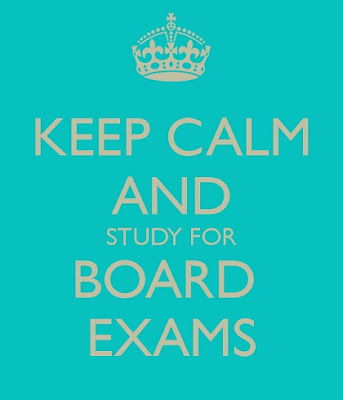 My approach to studying for boards was slightly different from that of my classmates and probably what most people do. If you’ve been following my blog from the beginning, then you already know my bad history with standardized exams which includes taking the MCAT four times, and this scared me into starting extra early with my board preparation and maybe even going slightly overboard with it. For the record (and in my opinion), the MCAT has absolutely no bearing on how a student will perform in medical school or on their board exams, but I wasn’t about to take any chances. So with that being said, while most students start studying for boards 6 weeks to 3 months out, I started my studying 6 months from my exam date, and I have absolutely no regrets.

I had two major goals before I started studying for boards: I wanted to keep my resources to a minimum to avoid getting overwhelmed and I wanted to have done at least 8000 questions before my exam date. I met both of my goals and even exceeded the minimum number of questions I had planned.

For both exams, I used First Aid for the USMLE Step 1, Pathoma (both the book and videos), UWORLD, USMLERX QMAX, and Combank. I also took all six NBME exams along with the free NMBE exam, and I completed both UWORLD assessment exams. For my COMLEX exam studies, I added in the Saverese OMT book, but did not take any COMSAE or NBOME exams outside of the one that was administered by my school. I did every single question in each question bank listed, and for UWORLD, after my first pass was complete at the end of February I re-did all my incorrect and marked questions. When I was 6 weeks away from my exam, I reset UWORLD and completed the entire bank again on timed, random mode (I used tutor mode during my first pass). I also completed both the USMLE and COMLEX side of Combank, along with all of USMLERX and when all was said and done I believe this added up to having completed a little over 10,000 questions (not including the assessment exam questions). I also dabbled with the Doctors in Training videos, but I wasn’t a huge fan, and I did read the First Aid book completely through about twice. Additionally, I used Picmonic for any topics that I just couldn’t get drilled into my head, since it was a lifesaver for me during my first two years of medical school. If there was anything I would have done differently, it probably would have been getting in another pass of UWORLD because on my USMLE exam, there were multiple questions that were extremely similar and the exam also had the exact same format as UWORLD. I also would have probably read my First Aid book a few more times.

I know a lot of people tend to get caught up about their scores on the question banks, but I focused on using the question banks as strict learning tools. By this I mean I did not get upset with my super low UWORLD scores when I first started, but instead I used it as an opportunity to explore my weaknesses. Also, outside of my first pass of UWORLD I did all of the questions in each bank without assistance so that I could really see what I needed to work on. This meant lower percentages, but I tend to learn from things I get wrong, so more information stuck with me. What I found extremely helpful was reading over EVERY answer choice explanation on questions I got both wrong and right, and I annotated the information I did not know into my First Aid book.

Studying for boards was hard while classes were in session, so I think when I first started I would just do maybe 20-40 questions per night. I treated the upcoming exams as if I were preparing for a marathon, and eventually (towards the end of my exam preparation) I was doing over 200 questions a day. I waited until I was six weeks from my exams to create a dedicated board study schedule, and I previously gave a snippet of what my daily schedule was like HERE, so I won’t go into too much detail about it right now. Our school does not offer a set dedicated board study time without classes, but I was lucky enough to have tested out of the OMM written exams during my last term, so I only had to be on campus for about 3 hours each week during my final six weeks leading up to my exams. This allowed me to really be able to put in full days where I only studied for my board exams, and that was typically between 10 – 14 hours of study time each day. My days were starting at 430am and not ending until 8 or 9pm, so it was an extremely stressful time. I made sure to schedule in breaks so I didn’t go crazy and I also took one day every week where I did absolutely nothing exam related and just relaxed or spent time with my daughter.

So basically, my approach to my board exams was questions, questions, and more questions! It is true that everyone studies differently, but doing questions will not only help you figure out what to expect on the exams, but it will help build your test-taking stamina as well. Most people swear by UWORLD, First Aid, and Pathoma and while I did slightly more than that, I’m pretty sure this would have been sufficient. I don’t think there would have been any way to pass either exam without UWORLD, so if you’re on the fence about buying it, just suck it up and get it! Also, if you’re an osteopathic student who only plans on taking the COMLEX, I would still suggest using UWORLD because it is that good.

In my next post I will compare and contrast the USMLE and COMLEX exams, so stay tuned for that, but hopefully this gave you all an idea of how to go about these exams. Feel free to email me if there is any confusion, but hopefully my next posts will clear any of that up. Just keep it simple, do questions, stay positive and everything else will fall into place :-)