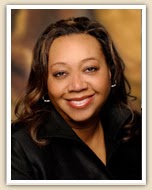 This week’s minority women in medicine highlight goes to Dr. Octavia Cannon.  She is currently braving the winter storm that is impacting a large amount of the southeast, but was so kind to allow me to interview her. It is one of my favorite interviews so far! She is yet another exceptional physician full of inspiration, and definitely worthy of a highlight.

Dr. Cannon is an OB/GYN located in Charlotte, North Carolina. She is originally from East Lansing, Michigan. She received a full four-year scholarship and graduated from Johnson C. Smith University (JCSU); which is a historically black institution (HBCU) located in Charlotte, North Carolina. Dr. Cannon then went on to attend medical school at Nova Southeastern University College of Osteopathic Medicine in North Miami Beach, Florida.  She returned to Detroit, Michigan to complete her residency and finished in 1999. After Dr. Cannon finished her residency, she returned to North Carolina and became the Director of Women’s Health at Gaston County Health Department in Gastonia, North Carolina. She stayed for six years before joining a private practice in 2005 known as Arboretum Obstetrics and Gynecology; which is located in Charlotte, North Carolina. Arboretum Obstetrics and Gynecology is the only all-female ob/gyn practice in Charlotte.  It is also the only ob/gyn practice in the city that is NOT owned by one of the two major hospital systems in North Carolina. All three of the physicians in the practice are African-American and Dr. Cannon is the only osteopathic physician in the practice. Dr. Cannon is involved in many civic leadership activities in her spare time.  She serves on the Board of Directors of the American College of Osteopathic Obstetricians and Gynecologists; where she is also a Distinguished Fellow of the College.  She also serves on the Board of Directors of Florence Crittenton Services; a non-profit organization dedicated to promoting health and hope for at-risk single pregnant young women and adolescents, teen mothers and non-pregnant young women in foster care.  She is a health expert for a local news segment called “Charlotte’s Professionals” on WCNC TV and gives many health seminars and presentations on the local and national levels.  Dr. Cannon is also an active alumnus of Johnson C. Smith University; currently sitting on the New Science Hall Advisory Board.  She also is enjoying her 29th year as an active member of the Alpha Kappa Alpha Sorority, Incorporated.

Dr. Cannon wanted to be a pediatrician from the age of eleven.   She was influenced by her own pediatrician, who was also an osteopathic physician. She doesn’t recall the exact reason that sparked her interest.  She just knew what she wanted to do. She stated that she is the eldest of three children and has always been a nurturer; which may have something to do with it.

She took a year off after graduating from JCSU and moved back home to Michigan to study for the MCAT and get a job to help pay for medical school.  “My first two attempts at the test were horrible, so I had to study more.”   Dr. Cannon also took grad school classes at Michigan State and got permission to audit a few first year classes at the Osteopathic medical school during that year. She then went to Florida for medical school. “After the first semester, I was struggling with two classes and decided to stretch four years into five for medical school. It crushed my ego for awhile, but it was the best thing that I could have done.”

Once Dr. Cannon did a pediatrics rotation at the Broward County Health Department, she realized that she a little too sensitive for pediatrics. She was taking the stress home with her every night and spending all her free moments at the hospital with sick children, so she decided that pediatrics just wasn’t the right field for her. Obstetrics and gynecology allowed her to deliver babies; hence having some contact with children, but also being a surgeon. It has worked out well for her.

Her spirituality is her main source of balance. Dr. Cannon is Christian and depends a lot on faith, family, friends and the love of her career to keep her going. Those elements also kept her going through medical school, residency and today. She cited Dr. Paula Anderson-Worts as being one her classmates and best friends during/since medical school.  Dr. Anderson-Worts (and the Anderson family) loved, encouraged and FED her (nothing beats home-cooked comfort food) throughout the challenges of medical school and beyond!


What advice would you give to other minority females pursuing medicine?

Expect opposition, but let it serve as your motivational vehicle.   Osteopathic medicine by nature is more sensitive and embodies a bit more compassion because it takes to heart what Dr. A.T. Still (Father of Osteopathic Medicine) stressed about the body’s structure and function being interrelated. The way you feel emotionally is going to affect your health.   Once you understand that about your patients, you are going to be able to treat them more effectively.  The ridiculous idea that women are not as good as men who are doctors/surgeons/professionals in general is a myth that needs to be crushed. Women also tend to be paid less. Use those things to your advantage. Those people won’t expect as much from you, so take everyone by surprise and let’s run the world! Let your haters be your motivators!

What advice would you give to entering medical students?

Remember that when you get to any graduate level of learning, EVERYONE IS JUST AS SMART OR EVEN SMARTER THAN YOU!!  It can be very competitive.  Figure out the way that you most effectively study and learn. Work hard, play hard, and pray hard. The hard part is getting through the books. Once you get into rotations and find out what you like and don’t like, you will become much more excited about practicing medicine. It will shed a different light on the field and you’ll find your niche.  Practicing medicine is such a melting pot and so eclectic.  You have to really open your mind and heart to become a good physician. It is important to understand other cultures. Be receptive to the different religions/cultures that make the world go round. You cannot be judgmental or unaware of the people of this nation, because you will not be a good physician.

If you would like to find out more information about Dr. Cannon and her practice, the link to her website is http://www.arboretumobgyn.com and her e-mail address is drcannon@arboretumobgyn.com

THANK YOU SO MUCH DR. CANNON FOR TAKING THE TIME TO TALK WITH ME AND FOR ALL YOUR ADDITIONAL INPUT IN THIS INTERVIEW! YOU ARE DEFINITELY INSPIRING, AND I KNOW MY READERS WILL TAKE A LOT FROM THIS. I KNOW I WILL DEFINITELY BE USING A LOT OF YOUR ADVICE WHEN I ATTEND SCHOOL THIS FALL, AND I CAN DEFINITELY RELATE TO A LOT OF WHAT YOU HAD TO SAY. THANK YOU AGAIN AND I HOPE YOU CONTINUE TO STAY SAFE AND WARM!