My trip to Chichen Itza was so epic that it deserves its own post. I originally had not planned on taking any excursions while vacationing in Mexico, but thanks to the fact that I paid absolutely nothing for my hotel stay (gotta love airline miles!) I had a little extra spending money. It was definitely money well spent.

My day began pretty early, but I was lucky enough to catch an amazing sunrise. The bus ride from Cancun to Chichen Itza was approximately two hours, but I was paired with another solo traveler who I chatted with the entire time, so it wasn’t too bad. The tour guides also gave us a lot of great information about where we would be going and the history behind everything.

We arrived at the site around 10am and the entire tour was around three hours. I can’t remember everything I learned that day, but I did find it interesting that Chichen Itza was recently named one of the Seven Wonders of the New World. If I remember correctly the pyramid is a representation of the Mayan calendar with all the steps and sides adding up to 365. It is possible to tell what time of the day it is and the season just from looking at the pyramid. It was also the site where everyone thought the world would end in 2012, and during the spring and vernal equinox the sun shines directly through the top window of the pyramid. Pretty awesome! 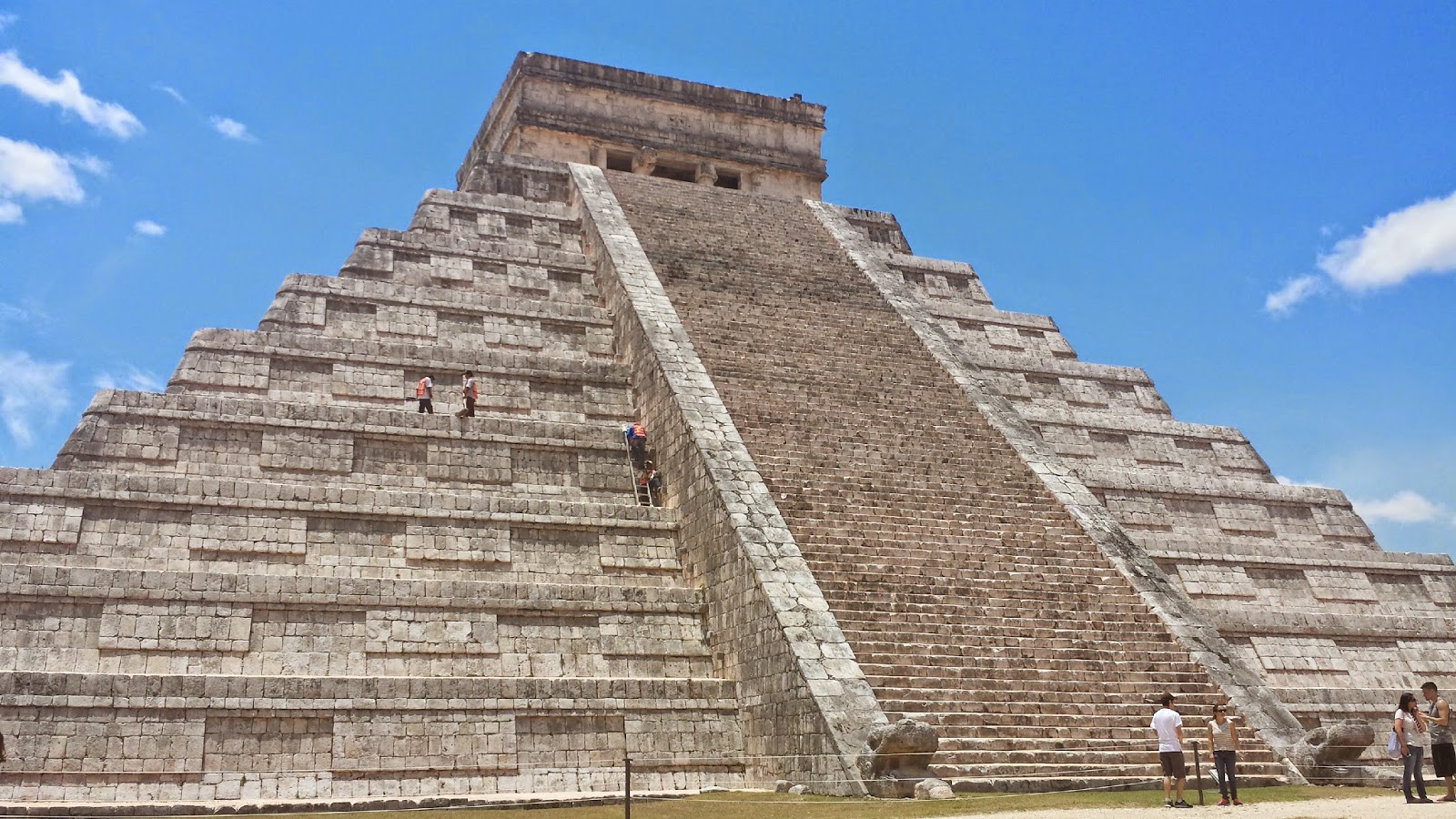 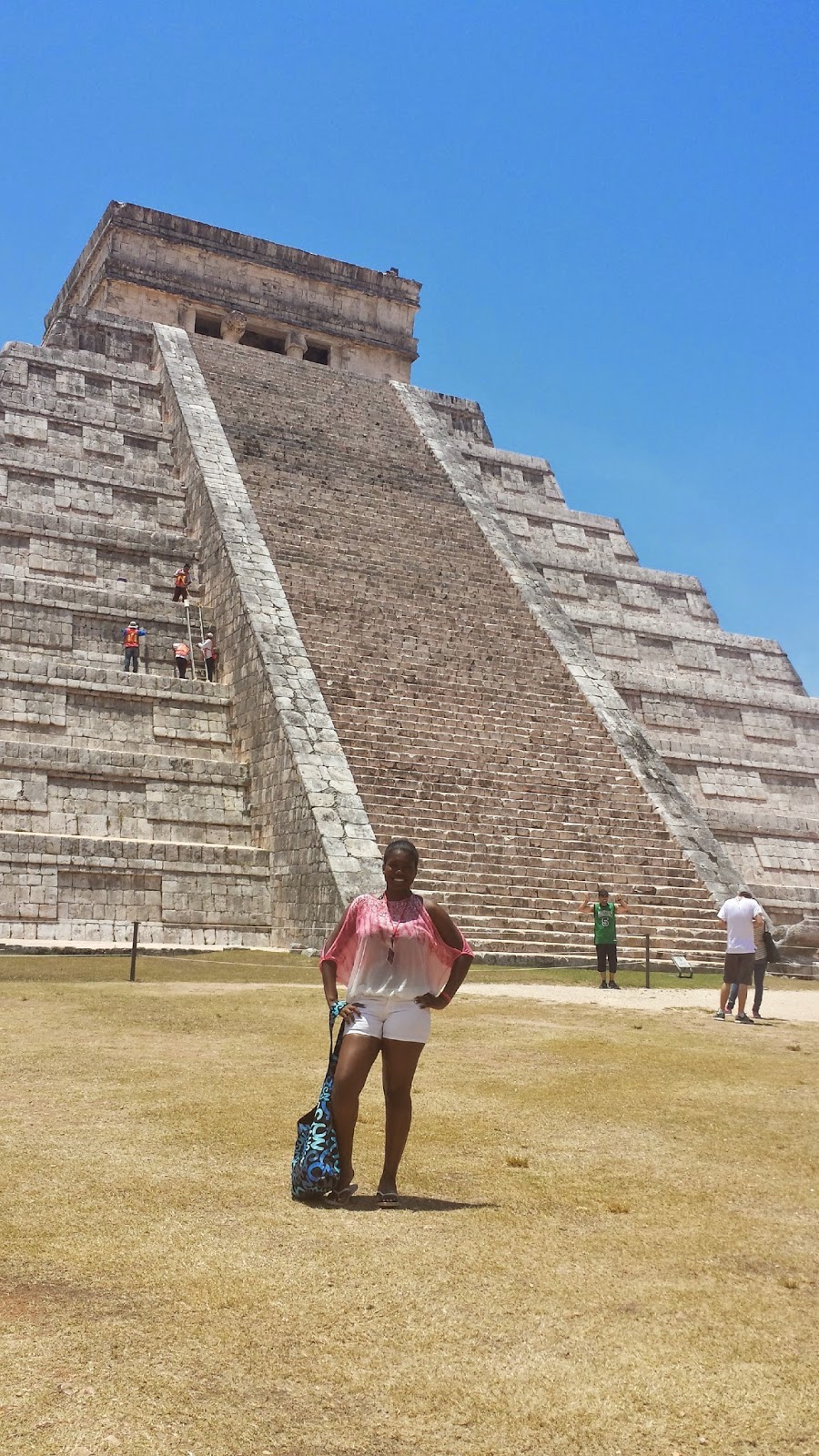 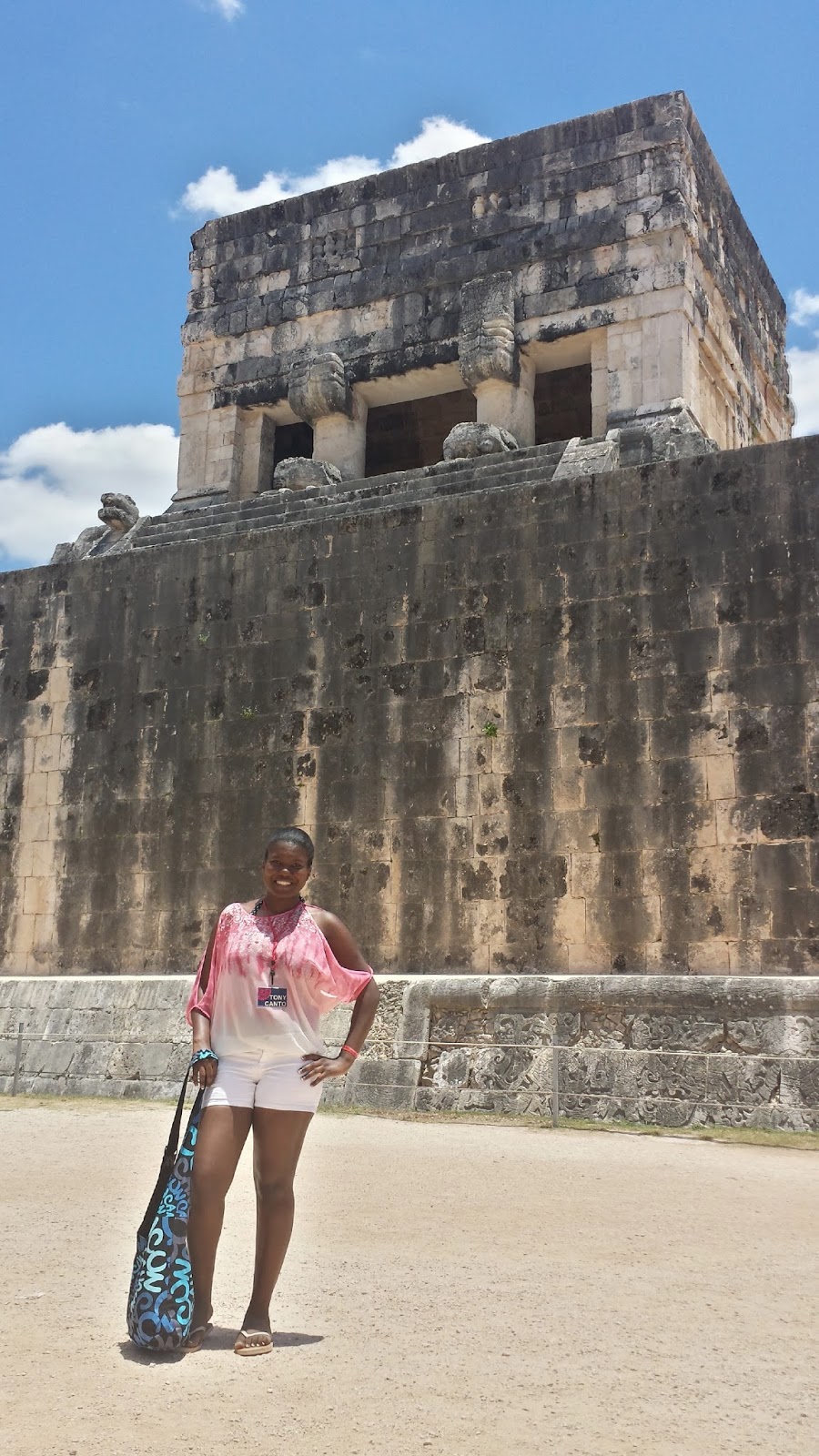 After the tour, we ate lunch at a place where some of the locals performed for us and that was a good surprise. Plus, the food was off the chain! In addition to the other solo traveler, I also hung out with a really nice couple celebrating their one year wedding anniversary and it was an absolute blast! The funny thing is that throughout the entire day everyone thought me and the other solo traveler were a couple or related, so we had to keep letting people know that we just met LOL! It was all good fun though. It was also my first time really interacting with other people my entire time down in Mexico, and I really enjoyed it. 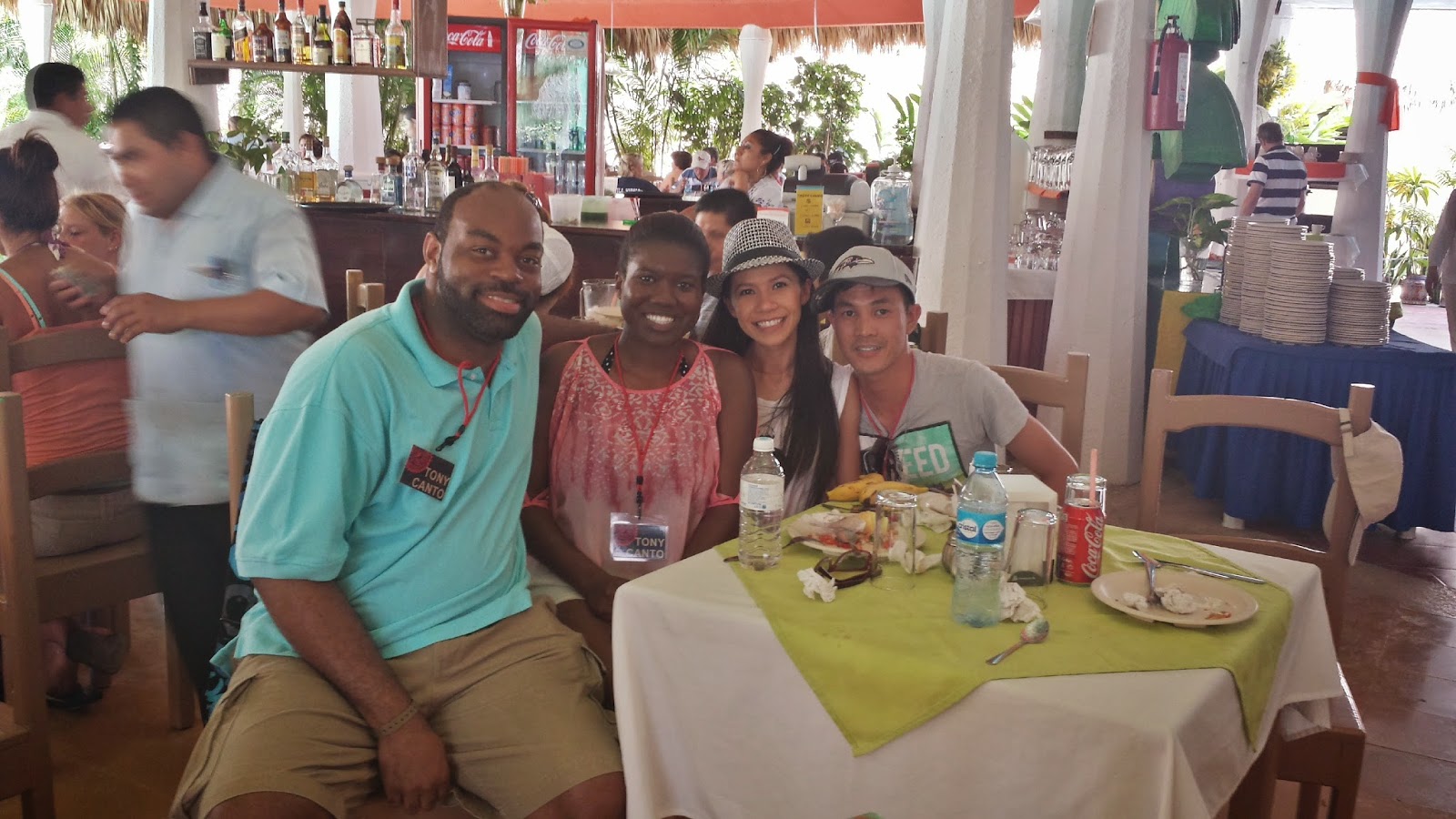 For the final part of the trip we visited a large water hole known as a cenote that everyone was allowed to swim in. If I remember correctly, it was 150 feet deep. I put my feet in, but that water was way too cold for me to jump in! It was also pretty crowded, but the cool air was pretty refreshing. 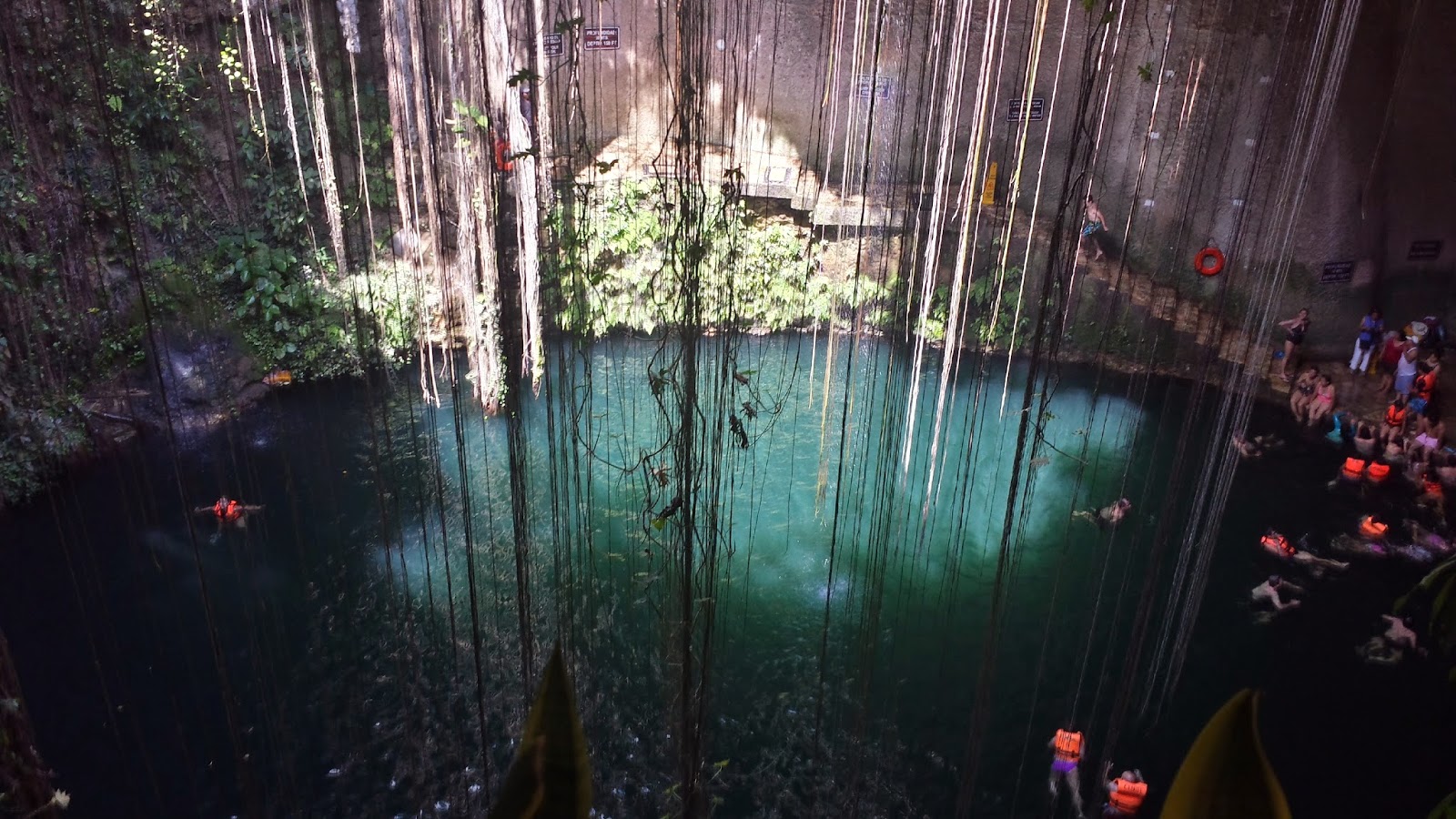 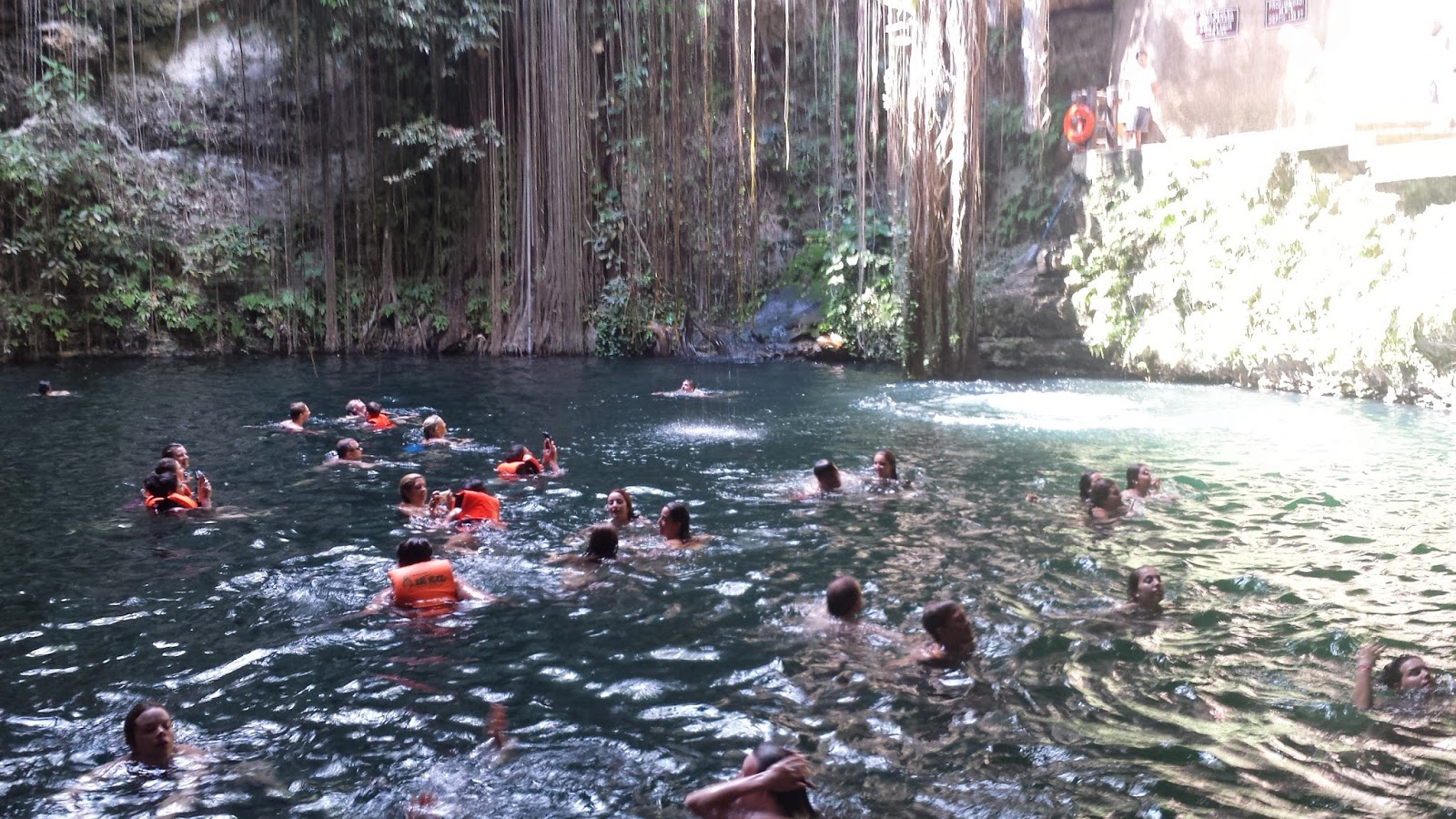 On the way back to the hotel, the bus played some show from the History Channel that gave more information about where we had been that day, and it was really interesting. When I made it back to my hotel around 7 that evening, I was so tired! I took a shower, ate, and then packed my bags because it was my final night in Cancun.

That basically sums up my vacation in Mexico. I came back the next night and spent some time with my sweetheart (he missed me! Lol), but I was back on the road the next day headed to my parents’ house to pick up my daughter. She definitely missed her momma!